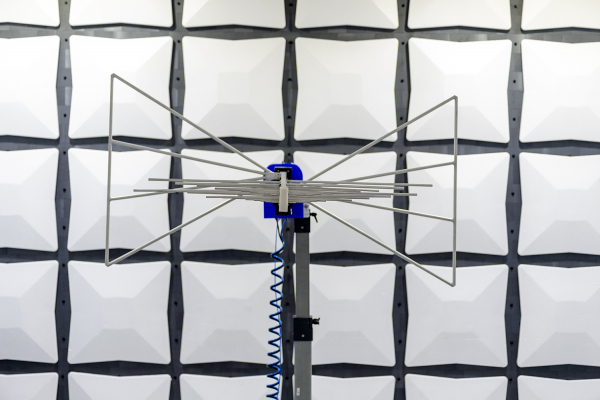 The Federal Code of Regulation (CFR) FCC Part 15 is a common testing standard for most electronic equipment. FCC Part 15 covers the regulations under which an intentional or unintentional (incidental) radiator that can be operated without an individual license. FCC Part 15 also covers the technical specifications, administrative requirements and other conditions relating to the marketing of FCC Part 15 devices. The process for FCC Part 15 compliance is dependent on the type of the equipment. Devices fall under either supplier’s declaration of conformity or certification.

FCC Part 15 Subpart A contains specific information regarding testing and certification. Information such as scope of the rules and legal implications, definitions, prohibition against eavesdropping, labeling, etc.

Definitions of interest from FCC Part 15:

Digital Device - “An unintentional radiator (device or system) that generates and uses timing signals or pulses at a rate in excess of 9,000 pulses (cycles) per second and uses digital techniques; inclusive of telephone equipment that uses digital techniques or any device or system that generates and uses radio frequency energy for the purpose of performing data processing functions such as electronics computations, operations, transformations, recording, filing, sorting, storage, retrieval, or transfer. A radio frequency device that is specifically subject to an emanation requirement in any other FCC Rule part or an intentional radiator subject to Subpart C of this part that contains a digital device is not subject to the standards for digital devices, provided the digital device is used only the enable operation of the radio frequency device and the digital device does not control additional functions or capabilities.”

“A device that intentionally generates and emits radio frequency energy by radiation or induction.”

“A digital device that is marketed for use in a residential environment notwithstanding use in commercial, business and industrial environments. Examples of such devices included, but are not limited to, personal computers, calculators, and similar electronics devices that are marketed for use by the general public.”

The following table from FCC Part 15.101 indicates the classification of these various devices.

Subpart G sets out the regulations for Access Broadband over Power Line (Access BPL) devices operating in the 1.705-80 MHz band over medium or low voltage lines. This section outlines the geographical area within which Access BPS operations are not permitted in certain frequencies bands.