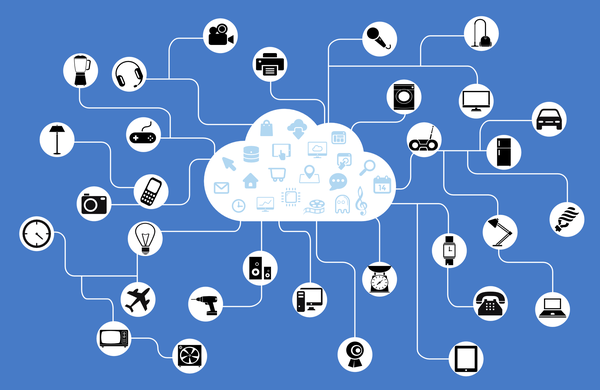 The Internet of Things refers to those devices around the world that are now connected to the internet collecting and sharing data.  Using embedded systems, wireless sensor networks, control systems, etc., ‘things’ can now easily connect to the internet.  These devices range from home automation, appliances, security systems, medical/healthcare, transportation, and industrial machines, to name a few.

As early as the 1980s and 1990s (possibly earlier), discussions of ideas for adding intelligence and sensors to regular objects for connectivity led to some early IoT products.  For example, an internet-connected vending machine.  Despite some of these early projects, the progression of IoT was slow.  Processors needed to become more cost-efficient and power frugal.  As low-power chips were developed to communicate wirelessly, broadband internet expanded and cellular/wireless networks reached across the world, the pace of connecting devices increased. Currently, billions of devices and items can connect to each other.

With the rise of the Internet of Things and the exponentially increasing number of devices being connected to other devices and the internet, VPI stays on top of the latest wireless technologies, radios, sensors, software, embedded systems, and connectivity. This allows VPI to design and develop cutting-edge and new-age products year after year.